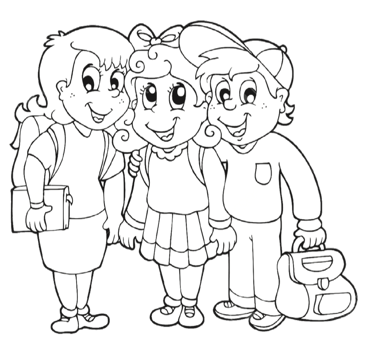 An old peasant old peasant* had a large garden with many fruit trees. He was also the father of three strong, but lazy sons. They helped him very little in his work. Every morning before the sun was hot the peasant began to work in the garden. And every afternoon he had a rest in the garden under a tree. There came a time when the peasant could no longer work among his trees, for* he was very, very old. One day his three sons gathered in his room to hear the reading of the will*.

“I leave to my sons my garden and the treasure which lies buried there.” The three sons looked at one another. “Treasure!” they exclaimed. “Treasure buried in the garden! If we hire* others to dig there, they may steal* our treasure from us. We must work in the garden until we nd it.” So the sons divided the garden into three parts and began to work harder than ever before. They dug from one end of the garden to the other end, but they could not nd the treasure. That year, however, the fruit trees brought so much fruit, that when the three sons sold* the fruit they got much money. It seemed to be a fortune*. When they divided the money, one of them said, “Indeed, our digging has brought us a treasure. Our father was very wise.” And so each year their digging brought them a treasure.

II. Fill in the gaps with the hidden words in brackets

5. When they divided the money

a) they may steal our treasure from usb) until wend itc) one of them saidd) of three strong, but lazy sons

e) when the peasant could no longer work among his trees

1. An old peasant had

a) three strong and hardworking sons.

b) two strong, but lazy sons.

2. The peasant began to work in the garden

a) early in the morning.

b) in the afternoon.

c) late in the evening.

3. The peasant couldn’t work any longer because

6. What is the moral of the story?

a). An apple a day keeps the doctor away.

c) He that would eat the fruit must climb a tree.

V. Find the interrogative questions and answer them

VІ. Fill in gaps with the prepositions

VIІ. Give the opposites of the words

ІХ. Correct the mistakes in the sentences